Discovering the Thames with Anya and Coco. 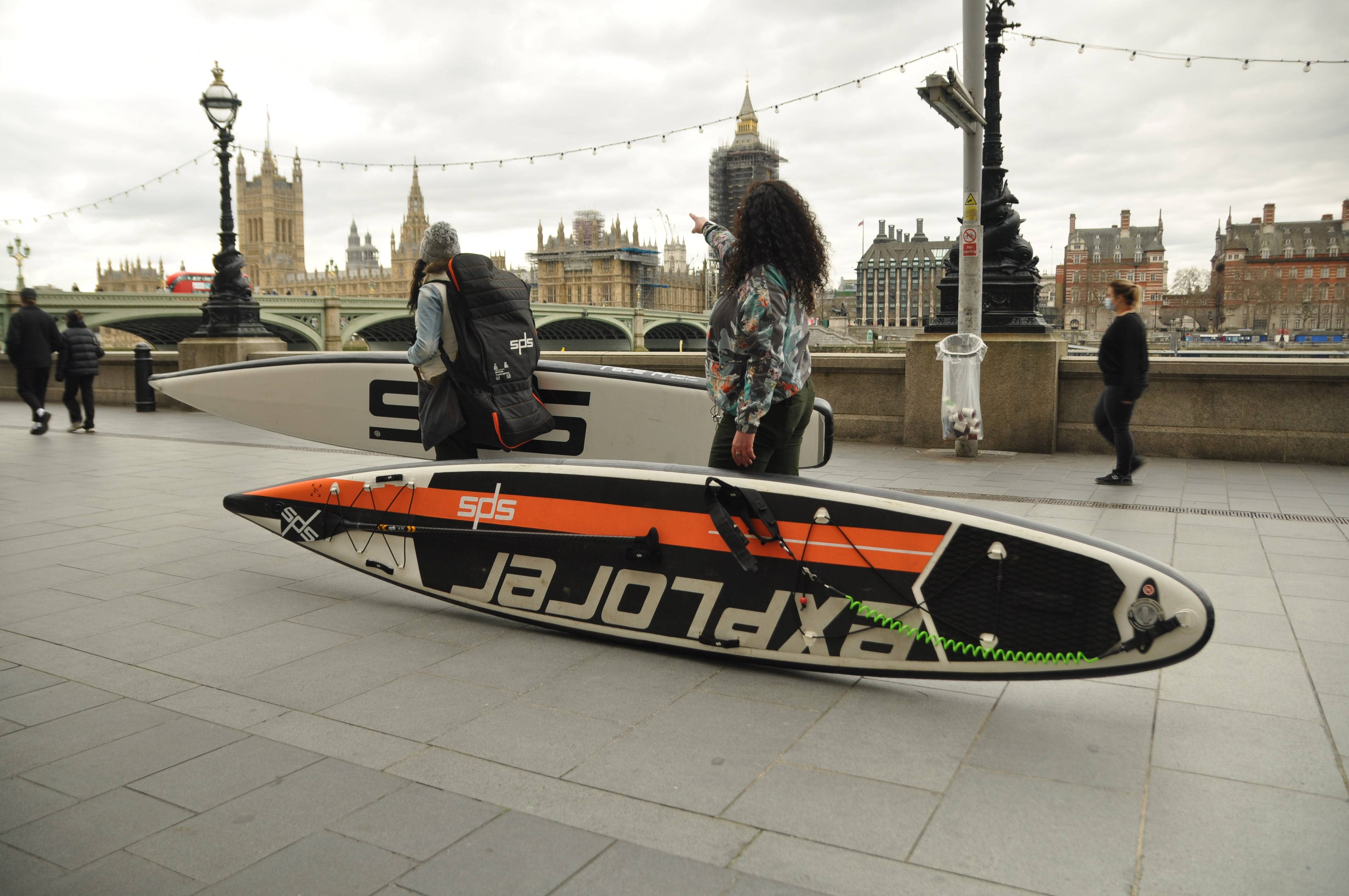 After more than a decade in the SUP world in which I have traveled the world with my board, my latest adventure is in the cold waters of the United Kingdom and more precisely focuses around the Thames. My love for water, whether above or below, has no limit.

When we sail the Thames we see ourselves gliding in the footsteps of the corsair fleets, the bombings of World War II and the entire history of the British Empire.

The Thames rises in Gloucestershire and wanders about 215 miles through the southern region of England, through the city of Oxford, the town of Reading or the historic Windsor Castle and of course without forgetting the capital: London; to end up in the North Sea. 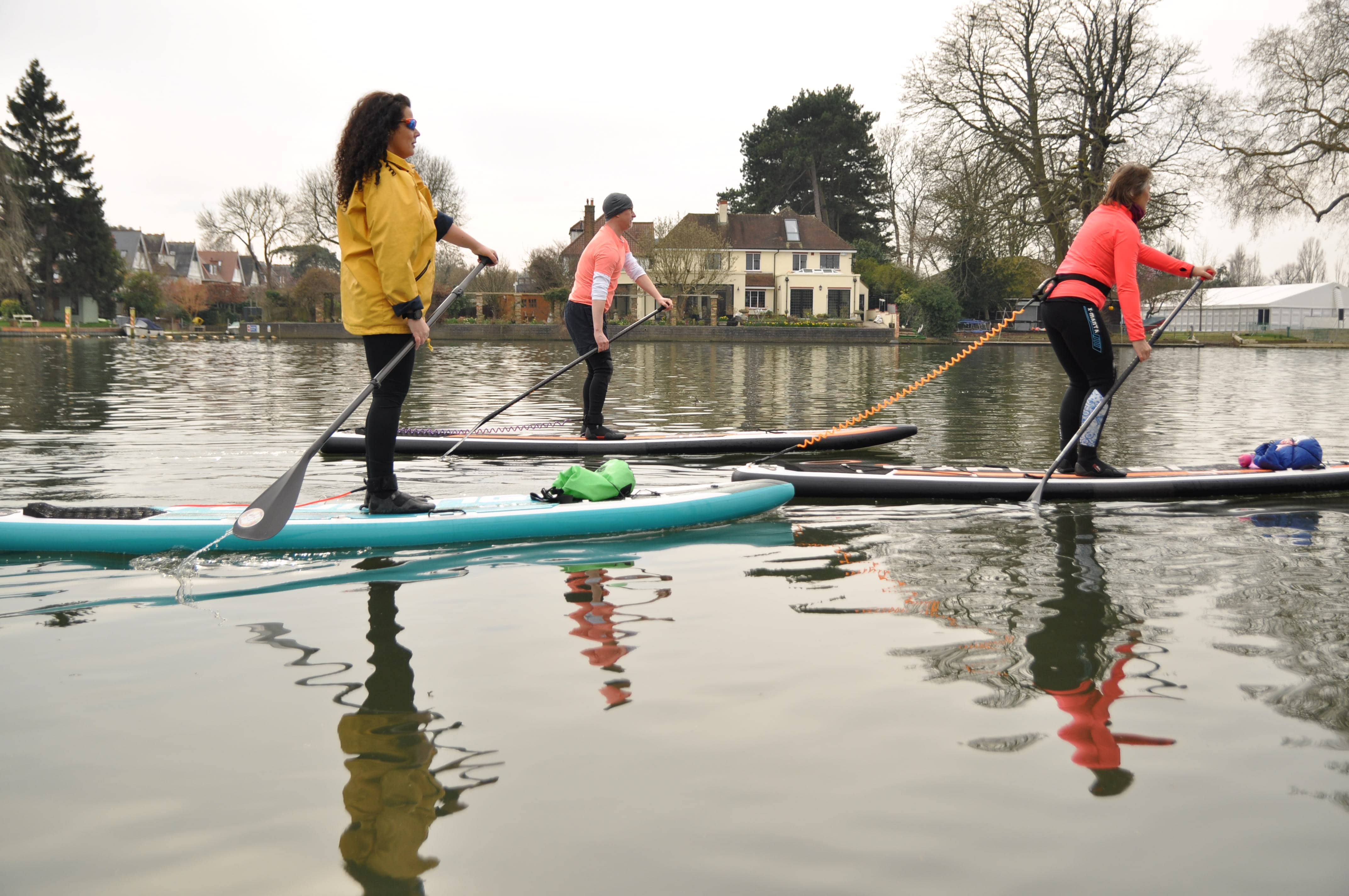 Throughout its journey, 45 locks with their respective dams must be passed until from Teddington it extends and forges its strength with its impressive tides and sea currents.

The Thames was biologically dead in the 1950s and that is still on the minds of many people unfortunately. Today the Thames has recovered, its fauna and flora is so extensive that we can see from salmon, trout, seals or otters. The seals are super famous here for coming up and playing with SUPs.

In these 3 years, mostly alone, but sometimes accompanied by my friend Anya, I have been able to travel the entire Thames from its source to its mouth. But my heart is set on the no-tide zone from Oxford to Teddington. 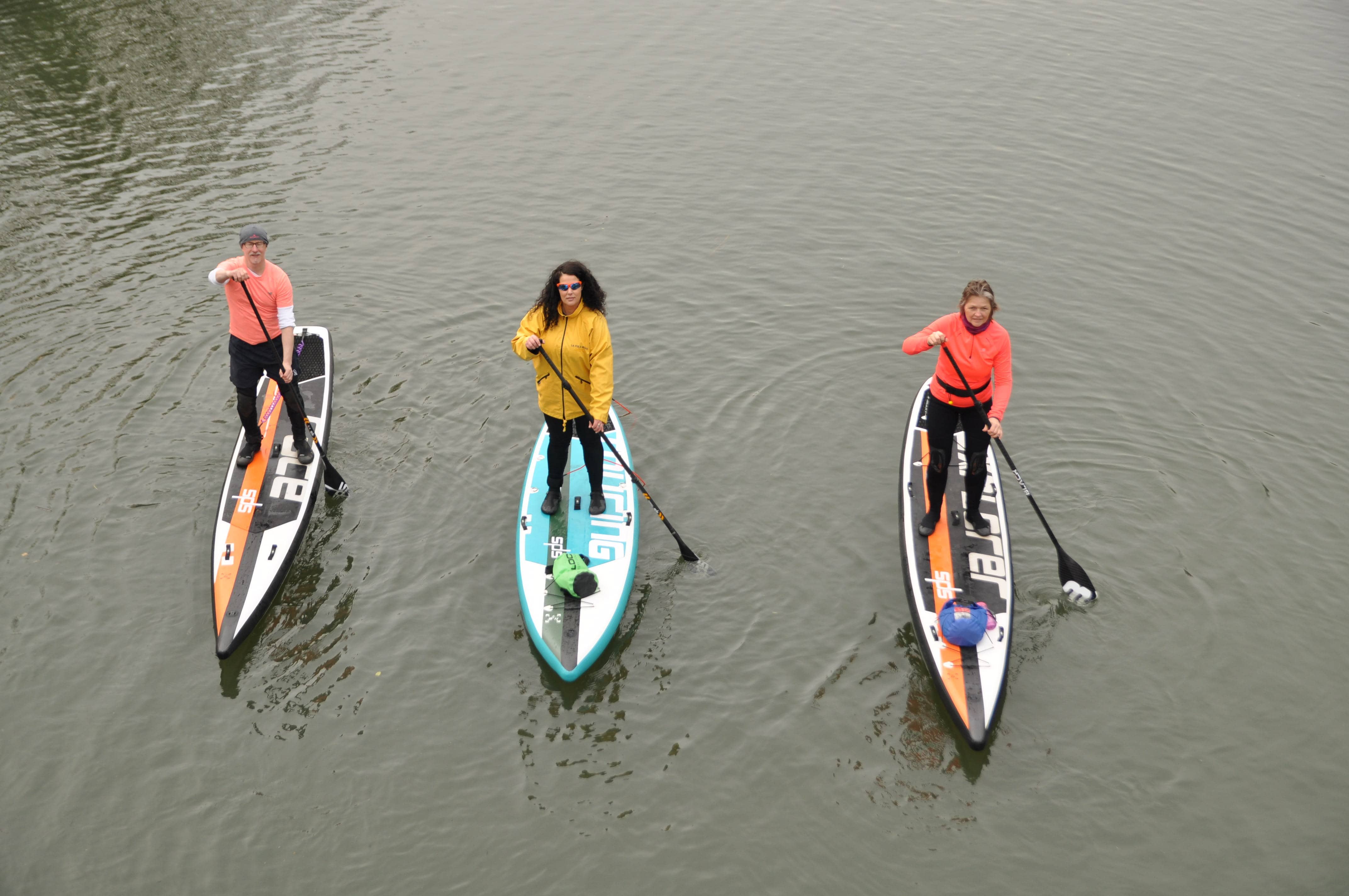 Teddington marks the midpoint between those two faces of the Thames. A rough and furious river against a more placid river but which in turn can enter winter with a lot of current and also become a dangerous area.

In this quieter part of the river we can contemplate a true scenic beauty both for its Victorian houses and for its nature that stands out with its green tones.

It seems incredible that with a population as dense as London we have sometimes rowed without crossing a soul and on other occasions we have been able to spend very good times chatting with the locals who told us, for example, how they opened and closed the gates to let us pass the material of the world war 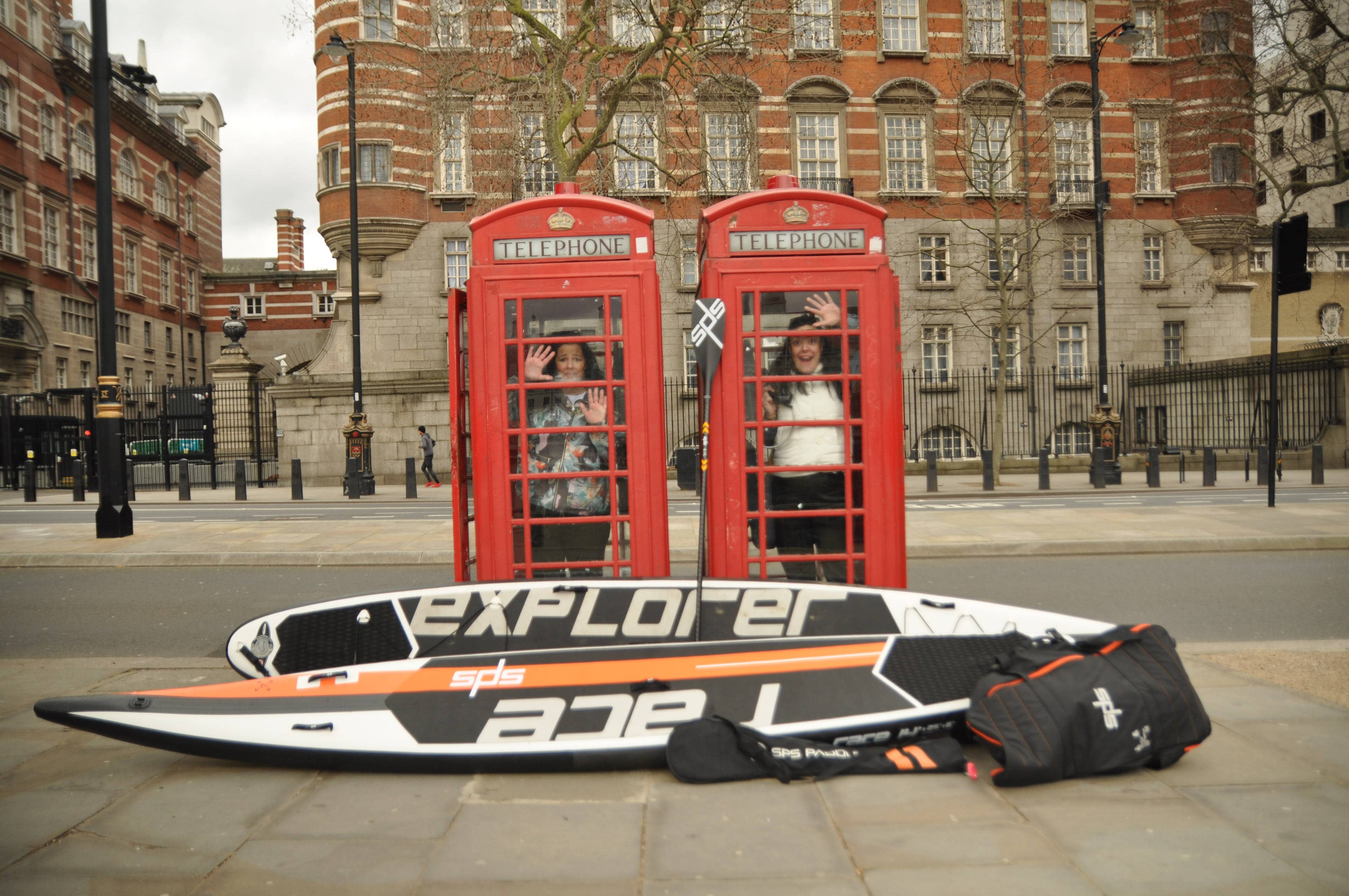 The history of the cities and towns through which we pass is unique and can be shared at the obligatory stop at the typical English “pub”.

It is in this less tumultuous part of the river where we met, Coco the girl from the international south and Anya the girl from the frozen north of Scandinavia, but with a common passion for Stand up paddle from which at the same time we become attached to a large family. throughout his “Flow” and these years.

As you pass Teddington and sail to the North Sea, the mouth is face to face with the Netherlands. We are located in a river with much more personality, more alive and more intense and demanding not only at a sporting level but also due to its regulations and restrictions.

As explained above, this part is the most obtuse where the force of the river and the sea mix and to tell the truth it is not a navigation area for inexperienced or cowards since everything can get complicated very quickly. 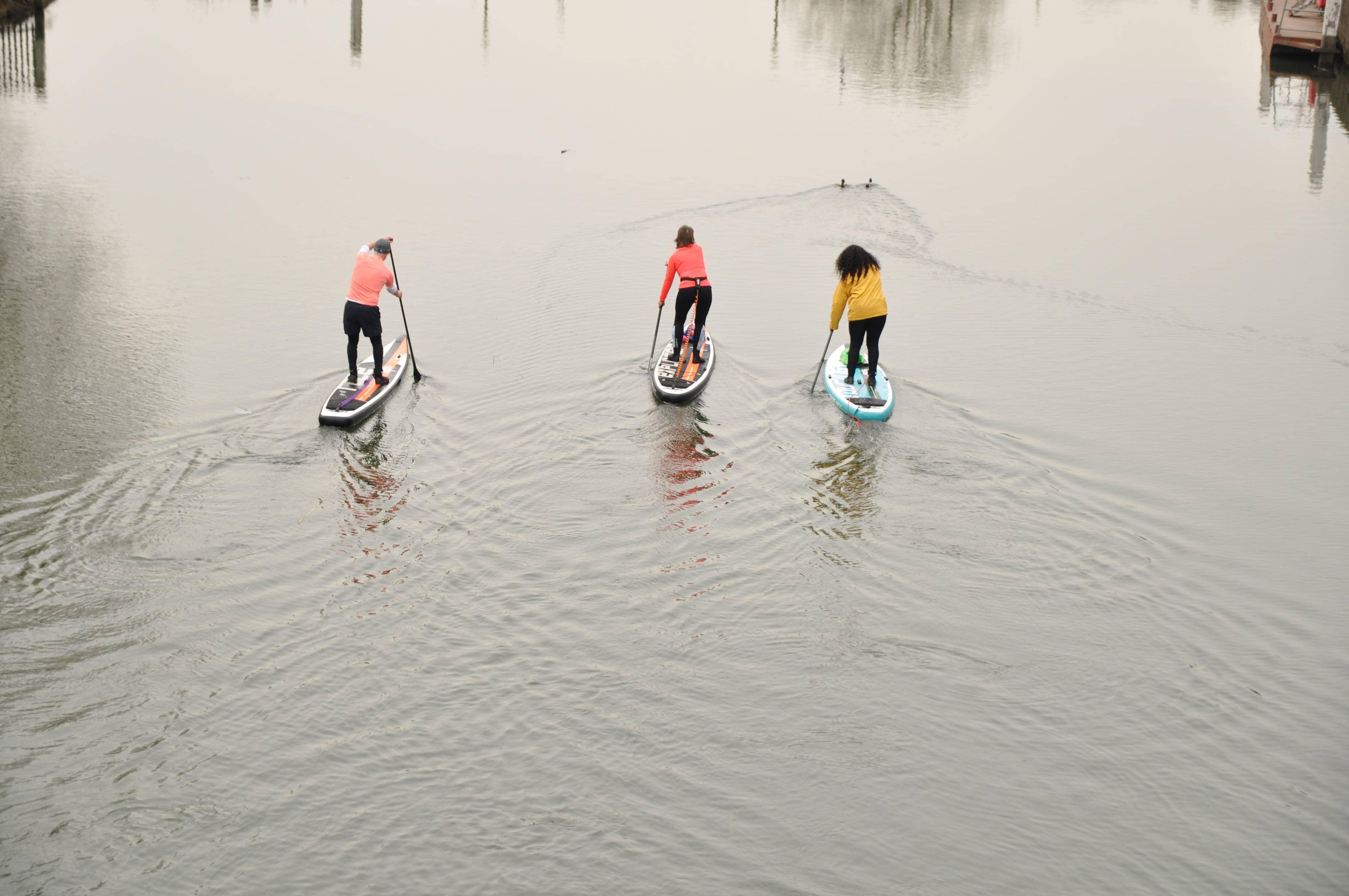 It is an industrial, tourist river with its fleets that pass from one river to the other, the interns or the constant swaying of the construction barges or simply the sailors who live on the ships that pass from one channel to another in the United Kingdom make this stretch can become a very busy and unsafe hell. But on the other hand, the view is filled with its castle, Tower Bridge, the famous Big Ben or Palace of Westminster as well as the London Eye passing by those buses and red telephone boxes. Some more modern monuments also mark and give its original touch to the capital of the United Kingdom.

When I got to London I saw very few people rowing and from October to April I was completely alone. Sometimes I came across the skiff, rowing boat or punting (they are the 3 most famous sports and with the most history of the Thames). The truth is that the English climate is not famous for its sun and heat. This last year there was a boom because of the crown since they only let us do outdoor activities and suddenly everyone became a SUPero. There were people everywhere during the two summer months. We were able to see all kinds of nationalities, ages and sex in the water. People we probably wouldn’t have met on the street, but on the river our family suddenly became giant. 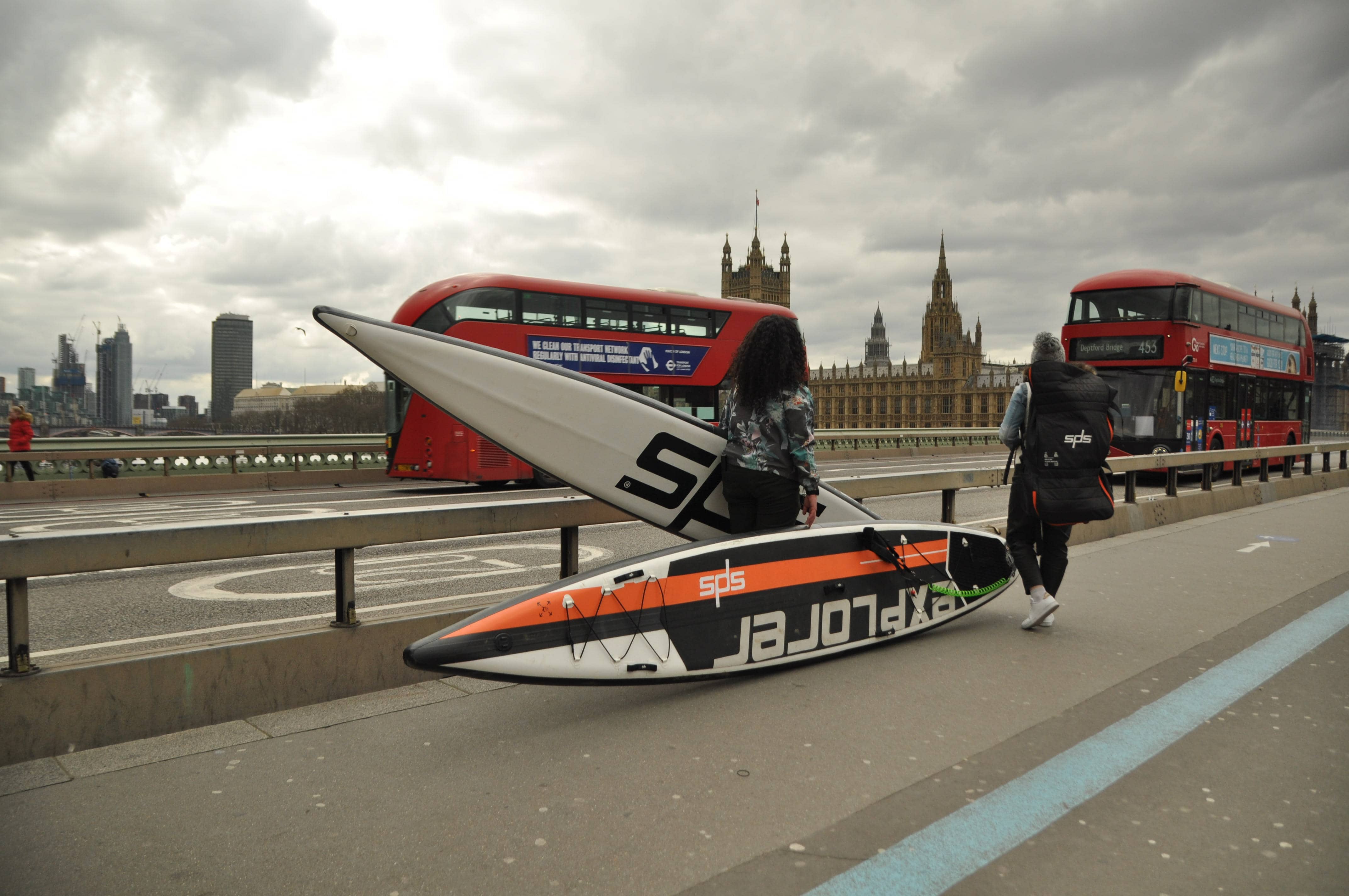 While Anya has only been rowing for 3 years and I have been rowing for more than 12, our love for water and outdoor activities has completely emerged in a beautiful friendship that we do not want to separate but to expand through trips and encounters.

The beauty of this river is that everyone helps everyone, but let’s not fool ourselves this year it opens more than 20 rescues because people think it is super easy to stand up but they forget that there is wind, current or just kids who don’t have enough strength or experience to get back to shore. Let’s do SUP but with a little head, please !!!! 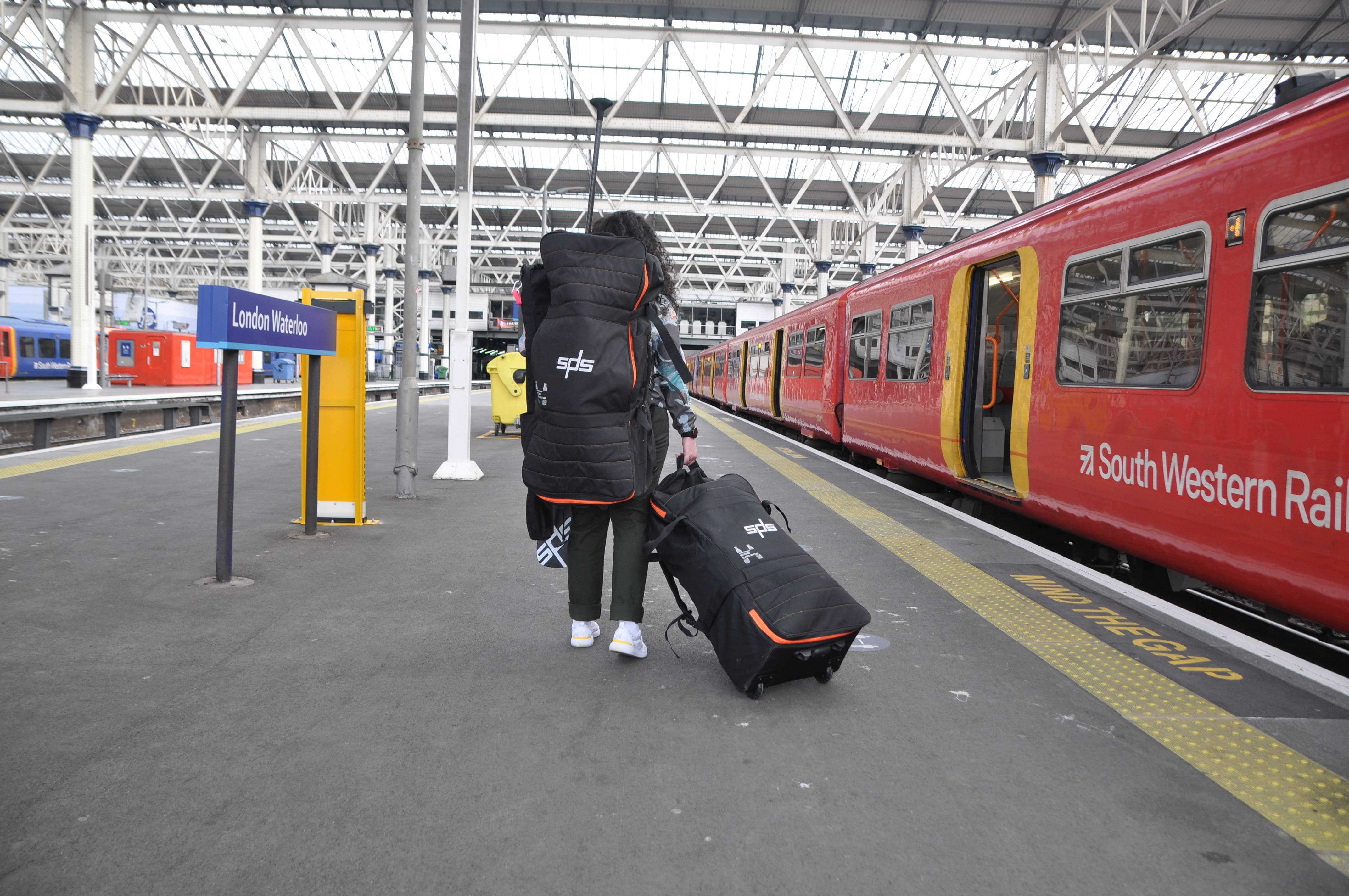 The Thames is nothing more than a Guadalquivir in all its splendor British version.

We both think that the Thames is worth discovering and navigating from its source to its mouth, but do not forget the raincoat and warm clothes that here the water dominates below and also falls overhead!

Article published in Up suping